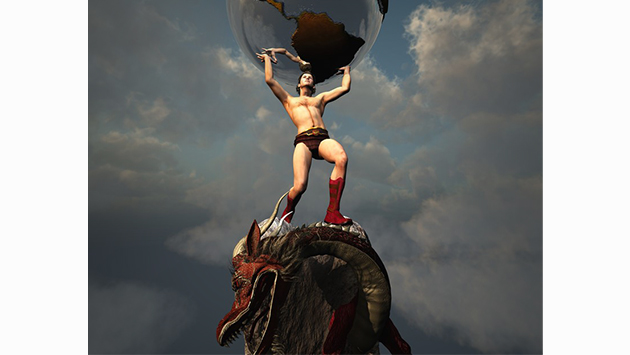 Why don’t Sales and Marketing just get along?

Why are they so often at war with each other?

One would think they were the most natural of pairings, as opposed to R&D and Marketing, for example, or Sales and Manufacturing.

Don’t Sales and Marketing have the same goals?

You would think so, but it’s not how it works, and I’m here to tell you why.

Back in the 1950’s, management guru Peter Drucker came up with the idea of “management by objectives”, which became the idea of taking business strategy and dividing it up into goals for individual functions or areas.

These goals were further divided up and cascaded down through the hierarchy until finally they landed on the performance plan of an individual sales or marketing rep.

This all sounds very reasonable and as a result, it is still used in most organizations today. But it’s actually not reasonable at all.

In fact, it’s irrational and counter-productive, but in order for me to explain to you why that is, you’re going to need to buckle up and prepare for a little theory, because sometimes theory matters.

The World of Marketing and Sales is Still Flat

Sales and Marketing, as well as all other functions in organizations, is working from a “the world is flat” theory.

That theory goes something like this: if you optimize each individual area or person, then the whole organization will be optimized. That translates to incentivizing individual sales reps to sell as much as they possibly can.

The more they sell, the more money they make.

For optimizing Marketing, we set goals for branding, where leaders are held accountable for measurements that pertain to that function, as opposed to revenue—which should really be the priority for the organization.

In short, we reward all of them (Sales, IT, Manufacturing, R&D, etc.) based on whether they have achieved or exceeded the goals of their functions.

The Root of All of our Problems

That process of goal setting by individual area, in order to make that area as successful as possible, is the root of most organizational problems today.

Therefore, it’s not talent or culture–it’s goal setting and governance.

How are organizations governed? Each individual area governs themselves – the head of Sales governs Sales. The head of Marketing governs Marketing. They have the power over what happens in their areas.

It’s their fiefdom and no one touches their fiefdom or there will be war. And war is what we have, and that’s because the world is flat theory is based on the idea that competition is good for an organization.

Competition may be great in the marketplace, but it’s toxic in an organization.

Sales and Marketing simply cannot be competitors—especially today when salespeople struggle like never before to get in front of prospects.

They need to have a common goal that’s based on what’s best for the organization as a whole, and they need to cooperate to help meet that goal.

They aren’t doing that now, at least, not in any systemic way.

Yes, they might cooperate on a project here or there, but basically they are run as two separate armies with different and sometimes contradictory missions.

Tell me this isn’t true.

Tell me that Sales and Marketing is completely integrated in your organization, that they are governed by a cross-functional steering council made up of people from Sales and people from Marketing, as well as other stakeholders, like Manufacturing and Customer Service. Tell me that they have the same goals, not different ones, and they are collectively accountable for meeting those goals.

If this is the case, call us, we want to do a case study on you.

In 25 years, I haven’t seen it yet, but I’m sure there are some bright spots out there.

We need to spread those bright spots and put an end to the war.

Organizations Have the Same Goal

Sales, Marketing, Customer Engagement, Customer Service – they all have the same goal – acquisition and long-term retention of customers and clients.

These areas need to be integrated and aligned–not by restructuring them into one big vertical army, but by creating horizontal governance that oversees the customer experience.

When you see that the world is round, the sharp dividing lines between functions are non-existent. Instead, we focus on the process of which they are all a part and we govern that process.

There are stages to the process and more than one group can contribute to each of those stages in different ways. Classically, marketing will help to populate the first stage of the process, but leads might also come from sales doing networking or customer engagement asking for referrals.

When you govern the process instead of individual functions, you can get a good flow happening through the process and you get cooperation between the various areas of expertise – between the expertise of selling and that of marketing. But they have to have a common goal and they have to be governed as a process, not as functions.

Well it is really, so why don’t more organizations take this approach?

Ah, well there is the problem that the way they are approaching it now seems like it’s the right way to do things because that’s how it’s always been done and how most everyone else does it.

And Then There’s the Problem of Power

Most senior leaders have egos that aren’t so thrilled about giving up power. They like the drama and the fight. They like being the general in charge of everything in their areas.

That wouldn’t be so bad if it wasn’t for the fact that they are killing the organism in which they live – the organization as a whole, and that their approach creates disengagement, disempowerment, discontent by the people who have to execute their whims.

They lose talent because Millennials don’t want to work in this old power kind of environments. They want collaboration and teamwork. They want to be engaged and make a difference. They know how to work with others.

And so the Titans will have to decide when they are ready to lay down their weapons of war and sign the peace agreement, where they put what’s good for the organization ahead of their own lust for power and they create an environment where bringing in and retaining new customers is more rewarding than falling off the edge of the world.

There is a way to stay alive, I’m just not hopeful many will actually pick up the pen and sign the agreement.