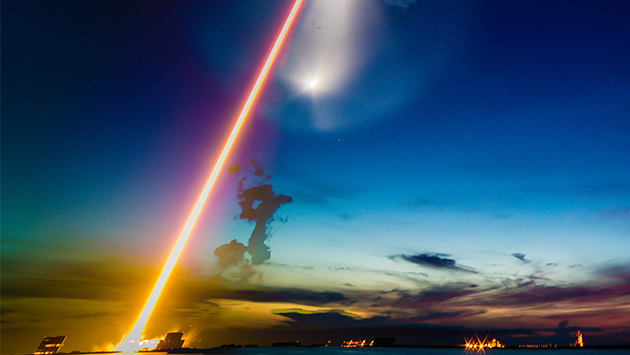 Almost every leader these days is leading a project or initiative, which makes sense if you consider that anything you want to achieve in an organization is actually accomplished through projects.

But when they get delayed or fall apart, it leaves people disengaged and feeling overworked.

Have you been there?

With most success rates for projects being at less than one-third, I’m sure you have. And it’s disappointing and even demoralizing when they fail.

There’s clearly some work to be done, but any old project management training simply won’t do.

However, arming ALL leaders that are leading teams with basic collaborative project leadership skills absolutely will.

Those skills aren’t just for professional project managers (and even they haven’t received formal training on leading collaboratively, which is why injecting a project manager into a new project or initiative often creates more chaos).

When you invest the time and resources to develop leaders with the knowledge and skills to lead projects that require collaboration, the increase in successful projects and initiatives is inevitable.

But your training must include these five essential keys.

1. Collaborative Tools and Techniques from the Get-Go

First and foremost, you have to understand what collaboration really is and how it works.

Many leaders think they are leading collaboratively by gathering inputs from the team, entering them into a project management software program, and then sending it out for review.

And what’s worse is that these assigned tasks are often unrealistic because they do not take into consideration any other commitments those team members have made, such as other projects they have on their plate, and of course, their “regular jobs.”

Collaboration is when everyone on the team is engaged in the planning process from the beginning. That creates buy-in and ownership of the project deliverables from each team member.

Project leadership training needs to include a collaborative process from the beginning, and by training more leaders across the organization, that standard enables team members to move freely between projects and focus on the real work—producing deliverables and getting stuff done!

When teams are performing at their highest, the whole is greater than the sum of the parts—much greater. And that’s what you want from a collaborative environment in the first place.

Facilitation skills do just that—and every project leader needs these skills because they can’t be expected to know everything.

But they should be expected to facilitate their experts through a process, come to the best possible decisions, solve problems (and at least some of the root causes of those problems), develop a plan, produce the deliverables, and ensure adoption of the solution.

It should be obvious that teams are more productive when they’re able to make commitments that they know are achievable.

But when team members feel pressured, or the culture frowns upon saying no, well, that’s when people commit to things that they can’t deliver.

Therefore, negotiating for commitments means asking team members to commit to what is possible instead of simply saying “yes” to everything that is requested.

That’s why negotiating is such a powerful skill for every collaborative leader. Team members can then build a project plan that’s not only achievable, but also one that they can understand how it fits into the overall organizational priorities—and get excited about!

4. Accountability Must be Proactive Instead of Reactive

If you’re worried about shouldering the blame if things go wrong, and you want to avoid hearing excuses about how “that wasn’t my job,” you’ll run as fast as you can to proactive accountability tools and techniques.

That means having a clear accountability plan built right into your project leadership system.

When a project leader defines accountability before action is taken, buy-in and commitment become byproducts.

We call it proactive accountability, and it replaces the old, fear-based accountability system that we’ve unfortunately grown up with.

You know the one—where you’re handed tasks and then you’re evaluated yearly as to whether or not you completed them.

It’s hogwash, and you know it.

But leaders don’t know any other way, so this is your opportunity to enlighten them and get the ball rolling towards real organizational transformation.

Just imagine, everyone understands who is accountable for what, and people get excited about producing their deliverables.

It’s not a dream! And all this can be yours for the low, low price of getting your collaborative processes in order.

5. A Process for Forming High-Performing Teams

Every complex organization (a matrix organization) requires the formation of teams, and you want these teams to be as high-performing as possible. In reality, that’s really every leader’s accountability.

Projects and initiatives are temporary endeavors, and so each time a new team is formed, it needs to go through the stages of team development.

Well, there’s an app for that.

It’s called collaborative project leadership training, and it allows leaders to lead a team through those formative stages and get the work of planning and executing done at the same time.

Developing high-performing teams will result in bringing more of your projects and initiatives within scope, on time, and within budget.

Jason Myers is the Chief Marketing Officer at the Matrix Management Institute, leading the demand generation and business development efforts. Jason has a BS in Business Communications from the University of Kansas and has developed extensive experience working with companies on how content can be used to drive demand and create sales conversations.