Home » Matrix Management Magazine » Restructuring » After a Restructure: How to Develop Change Agents 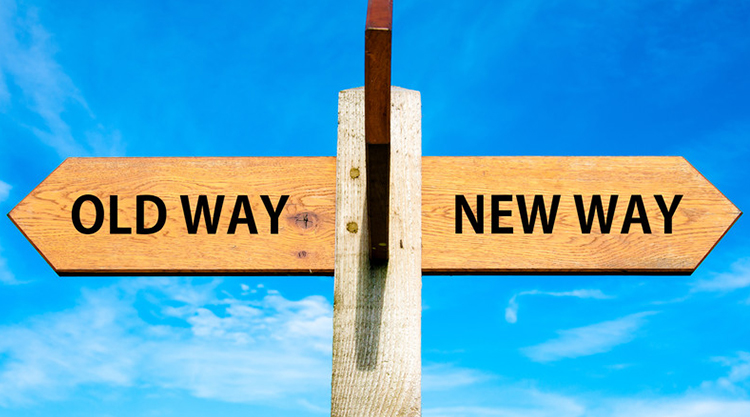 Restructuring is tough, even when the need for it is widely acknowledged and supported across the organization. More often though, change is received with resistance.

Resistance and skepticism are common and normal responses to change. After all, many change initiatives fail and people who have lived through one or more rocky restructures have good reasons to question the need for yet more change.

We all know that change is necessary. Without it, organizations cannot move forward. Restructuring initiatives can be successful, and organization-wide support is key to their success.

That support begins with change agents. How do we develop them?

Don’t Assume Change Agents Know What to Do

Your change agents are people who believe in the change, who have been behind it from the beginning. They have their reasons to believe the “old way” no longer works, but that doesn’t make them immediately qualified to do things “the new way.”

Most innovative organizations have their OD professionals focus first on leaders who have rallied behind the change. These people need to learn the ropes of implementing the change so that they can become its early adopters, the first people with the hands-on experience.

The change agents can then report on early successes and challenges, and use their experience and collected data to get others to join them.

Samantha, a VP at a professional services organization, was concerned about how she was going to work in the new structure that had been introduced recently.

Before the organization restructured, the approach to management had been top-down and Samantha was among the leaders who were unhappy with just following orders.

Samantha rose through the ranks, had competence and skills to do her job well and had lots of input to offer. The old management approach did not allow Samantha to do her best job. She believed in the new approach, one in which decisions had to be made in new cross-functional steering councils.

The organization’s leadership mapped out the processes they followed to deliver their services to the customers. In doing so, they uncovered forgotten stakeholder relationships and outdated approaches.

Samantha found the discoveries interesting but had lots of questions about moving forward. How would she work with her directors now? How would the steering councils get things done?

Samantha and her fellow VPs went through intensive, hands-on training on operationalizing their organization’s new management system – a matrix.

They learned how to collaborate as part of a cross-functional steering council. At first, it seemed that there wasn’t much to learn there – VPs got together for meetings all the time. But to their surprise, the meetings they had were not truly collaborative. Each VP used to be the emperor of his or her own domain, protective of resources and competitive with others.

Learning how to collaborate was tough for many seasoned leaders. Samantha had a hard time realizing that in her earnest push for new initiatives within her unit, she was taking away resources from other important areas of the organization, often without realizing it.

Focus on Process, Not Just Methods and Tools

Change agents need training on new methods – the how-tos. A lot of methodologies offer a theory and templates to use, but that doesn’t actually teach someone how to apply the theory and use the templates. As a result, people perceive theories and templates as open to interpretation. Many organizations pick and choose what they like and use only those pieces, thus missing out on a comprehensive approach.

Providing change agents with a way to learn a process is extremely valuable for the success of a restructure.

A  process that became Samantha’s favorite was leading a group to consensus. In the past, she viewed consensus as a time-consuming utopia. When managing teams, her goal was to reach agreement. That was not always easy, and in some cases, the person or persons agreeing didn’t actually agree but gave in to peer pressure.

Samantha learned that consensus did not require universal agreement. People could disagree, but it was mandatory that everyone could live with the group decision.

As Samantha learned how to lead the group through a process to achieve consensus, she saw many benefits of this new approach. The process was very clear and fair. People resisted it less and decisions came more easily than before.

Identify and Grow Change Agents at All Levels

In order to succeed, you need change agents at all levels of the organization. The main reason mid-level leaders struggle with change is inconsistent behavior of senior leaders. One minute, they are given a “green light” to do what they think is best, and the next, their boss calls them with a completely different priority, forcing them to drop everything and focus on that.

Mid-level leaders also struggle with having to lead without authority. When priorities are dictated from above and change all the time,  leaders feel powerless. Same happens when team members push for solutions and ideas, and their mid-level leader finds herself going between the team and her boss, wondering what value she adds by doing so.

Last but not least, professionals in modern organizations also run into similar challenges, as more and more people regardless of their seniority level, are expected to lead teams, initiatives, or processes.

You need change agents at every level, so it’s important to identify them, bring them on board and let them learn.  The more change agents you have across the organization, the higher the chances for success will be for your restructuring initiative.

Brett, one of Samantha’s directors, got assigned to work on a steering team and he struggled with having to involve his team in the process.

He felt that his ability to lead was taken away from him and overwhelmed by multiple ideas, sometimes conflicting, coming from his team, most of whom didn’t report to him. He was frustrated that their team meetings were not very effective. He had no authority. What was he supposed to do?

After a training on leading effective meetings, Brett learned to follow a consistent process.  He learned the differences between an “old way”, in which he put together the plan for the meeting and then saw it fall apart as the team provided input, and the new way, where he defined a purpose and an expected outcome for the meeting and worked collaboratively with his team to achieve it.

Brett also learned to negotiate with senior leaders, starting with Samantha, his boss. In the past, whenever Samantha called with an idea for a new initiative, Brett considered it a part of his job to rise to the occasion and support his VP, no matter what.

Now, he knew to pause and consider first and then respond with a thoughtful analysis on how a new initiative might impact their ongoing work. He could still say “yes,” but indicate the implications of that answer. He felt a lot more comfortable with the new “yes” technique he’d learned in training because he now knew how to back up his answer with solid facts.

Your change agents can make or break the restructuring initiative. When they have access to relevant, hands-on training, they can amplify the effect of any change. When they don’t, the organization slips right back into the old way of doing things. Grow your change agents!