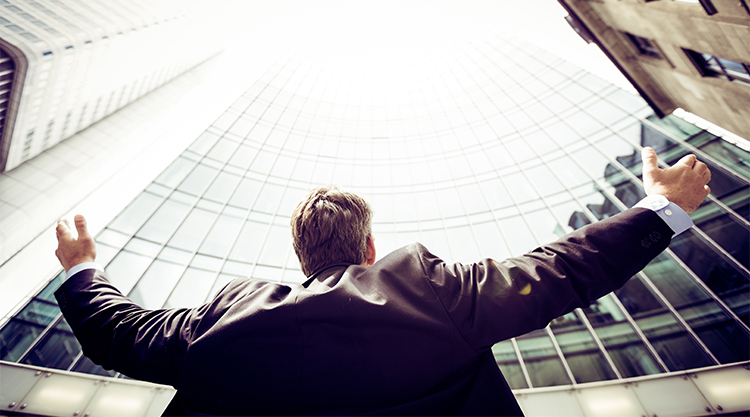 In order to pave the way for a true culture of innovation across an organization, you have to start with two basic building blocks already in place and those are a culture of success and a strong competency by all leaders in collaborative leadership.

Let’s Talk About a Culture of Failure First

A culture of failure is the culture you get when you employ what we call the Vertical Management 1.0 (VM 1.0) operating system–that’s the operating system most organizations are still using:

Let’s put it this way: if you’re restructuring every two to five years, you’re using the VM 1.0 operating system (OS).

The goal of that system is to optimize vertical units: functions, departments, business units, etc. That optimization creates the silos. It also has a goal of maximizing the productivity of individual contributors.

Vertical Management 1.0 dates back to the old time and motion studies by Frederick Taylor where the focus is on individual productivity, and it’s one of the primary causes of a culture of failure because its fundamental belief is that people need to be busy all the time.

Productivity is thought of in terms of how much work an individual worker can do in a set period of time. In other words, the VM 1.0 approach is to keep people working at 100% of their capacity. Most of the time (for reasons don’t have time to go into in this article) people are actually booked way over that 100%.

One of the reasons is that very few organizations actually measure how much capacity an individual has available (and don’t think that means to start doing that, because that’s exactly what not to do), and so they just keep piling on the work, usually in the form of new projects.

Projects in VM 1.0 are just added by whatever leader has a great idea that day. There may be a formal process for adding new product development projects but there is usually no formal process for adding initiatives and many of those are added by functional leaders who are looking to do what they have been asked to do, optimize their functions, i.e. make IT better, make HR better, make Sales better.

Almost every project is cross-functional by nature. The primary people may come from that function but they usually need some outside support like IT, and so they become cross-functional very quickly. The functional leader who starts the project has no concept of what the capacity of the people outside his function might be.

Very Quickly People in all Functions Get Overloaded.

I don’t think I’ve been in an organization in the last ten years where individuals didn’t have less than 200% of their capacity on their plates. That means they have more than twice as much work assigned as they can possibly do because no one can work at 100% capacity, let alone 200%.

I remember discussing this principle with a group of execs from a medium sized company some years back. The CFO objected to my premise that people couldn’t work more than 100% of their capacity. He said they were a fast-growing company and people had to work more than 100%.

I replied that there was no capacity above 100% just like there are no more than 24 hours in a day. You can hope for 28 hours, but that isn’t going to make it so.

Your job as a leadership team is to figure out how to spend that 100% (or as I said a bit less than 100%). One way to improve productivity is to learn how to run meetings effectively – which is another thing that organizations suck at, but then that’s another article.

Now, what happens when you assign work to an individual that amounts to twice what they can actually get done? And on top of that, you have an accountability system that looks for who to blame if things go wrong, and then you have a performance management system that grades people on a curve, based on goals that were set in January, but you’ve been adding to their plate for the twelve months in-between setting the goals and evaluating them.

Basically, all of this amounts to setting individuals up to fail. Oh, he or she might win on a few projects here or there (if they are lucky) but basically, they are in a no-win situation. They don’t have a say in what they are to take on or not. They are assigned things they can’t get done. And when a team tries to add contingency time to account for all the unknowns that will occur over the course of the project, leaders strike it off the plan – again setting the team up to fail.

So, if you have asked people to work more than their capacity, if you have a performance system or accountability like the one described, if people are assigned work and can’t negotiate or add contingency, then you have a culture of failure.

Contingency is Key to Creating a Culture of Innovation.

Most leaders I’ve met don’t have any tolerance for contingency–they think it delays projects when in fact it does just the opposite.

So, what does a culture of success look like?

Well, simply you set people up to succeed.

There is that saying that nothing succeeds like success. People take on assignments voluntarily and if they don’t have capacity for a new project, then they can decline, or the project waits until they do have capacity.

The accountability system is proactive instead of reactive, and taking time for planning is rewarded, not punished. Leaders work together to set organizational priorities and to prioritize the portfolio of projects so that everyone on a project team has the same set of priorities. That streamlines every project and gets them done faster.

Productivity improves in this kind of culture because the key in this new operating system (called MM 2.0™ or Matrix Management 2.0™) is optimizing processes, portfolios, and teams, not individuals and functions.

Their project might not be #1, and so they will have to sub-optimize slightly to stay in alignment with the priorities of the portfolio. That might mean if they are priority #25, they are going to require a longer cycle time to get the project done because people are off working on higher priority projects first. That’s okay, the portfolio will be maximized.

In this operating system, the customer is not king. The customer is a partner and works closely with the team, sitting on the team if they are internal to the organization. The team is led collaboratively so everyone gets to participate. Through collaborative project leadership, the team is engaged in planning and then monitoring the project. They own the project. The project leader is facilitating, not directing.

These are components of a culture of success. People acting as empowered adults. Leaders listening to their teams, shifting ownership from themselves to the team. Leaders who know how to build high performing teams. Teams who know how to use collaborative tools – like planning and decision-making and problem-solving tools.

When you create a culture of success, you have an engaged, motivated workforce that knows that leaders have their backs. They know that they can be successful most of the time.

How would you feel if you went to work every day knowing that you’ll probably fail at most of the things you try to do – that you can’t really master anything because you get halfway through and the priorities change?

The customer wants something unreasonable and won’t listen. Your boss wants to constantly be kept up to date and you’re just trying to keep your head above water.

It’s no wonder that Millennials balk at the culture of failure they are asked to work in – one that is hierarchical and they are on the bottom of the heap. That’s not the culture they were raised in and it’s not a culture that promotes real productivity or one that will allow innovation to flourish.

So, you want a culture of innovation – you want an operating system that promotes innovation everywhere in the organization – start by dismantling your culture of failure and get yourself aligned to where organizations have to go – to making work a fun and satisfying endeavor that people want to wake up on Monday and go do and aren’t just counting the hours until Friday. It’s possible to shift to this new way of operating, but it’s not easy. It’s not for the weak-willed, short-term focused leader. It’s a long game, so you really have to want to do it.

If you don’t, then don’t complain about the Millennials or about people not being engaged. Engagement is just not going to happen in a culture of failure. Neither is a lot of innovation.