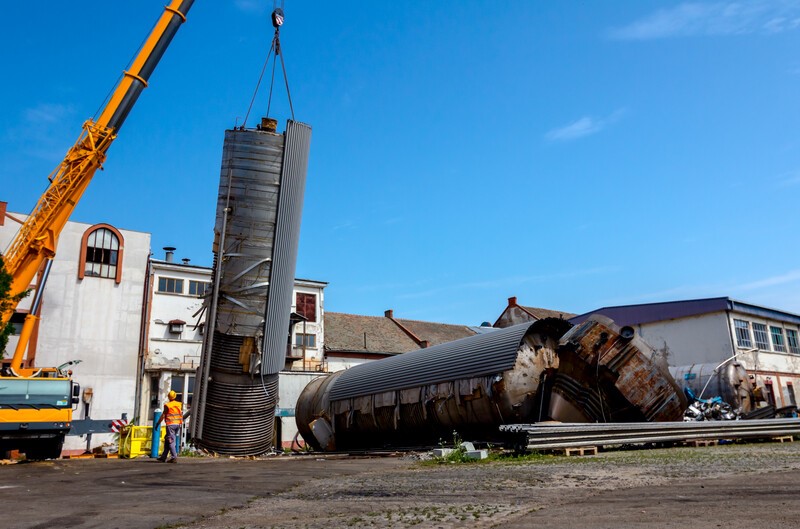 A silo is a vertical area that operates on its own. It serves its own interests. It’s focused on its own goals and priorities.

Silos are a ubiquitous problem for most organizations of size and complexity. They block cross-functional communications and cooperation, hoard resources, and are too rigid to meet the flexible requirements of the modern organization.

Therefore, breaking down these inefficient silos has become a huge priority.

The go-to solution for senior leaders has traditionally been a restructure, but this hardly ever works. New silos will form in the new structure, along with new problems.

Decentralization is basically a breaking apart of silos.

Centralization is the creation of new silos.

In essence, restructuring is just a shuffling of silos.

So if restructuring doesn’t solve the problem, what does?

Regardless of the industry, if you manage your business with a hierarchy, then you’re going to have silos. Therefore, breaking them down for good requires a shift from running the business vertically to running horizontally.

In the horizontal or cross-functional dimension, there is no hierarchy. There is no ownership of resources, and therefore there are no silos.

But there’s a big problem with this. The shift from the vertical to the horizontal requires a lot of retraining.

Here are a few ways to attack the problem:

Put That Org Chart Down

Start at the top. It’s always best to start the training at the top, particularly if you are trying to create an organization-wide change. Senior leaders need to understand why managing in the hierarchy isn’t working and is the fundamental cause of silos.

Vertical management through the hierarchy is so ingrained that it takes some time for the negative effects of that approach to soak in and for leaders to be open to learning a new way.

There Are No Lines of Authority in the Horizontal

After awareness training, then it’s time to teach senior leaders how to lead horizontally instead of vertically.

I’ll be honest with you. Most leadership teams aren’t ready for this type of change.

And so, this type of training has to be driven by the senior leader themselves.

They have to want it–really want it. There has to be a motivation such as “if we don’t make a change we’re not going to be around much longer”, because otherwise it’s just a waste of time and money.

If you find yourself in an organization where senior leaders aren’t ready for a paradigm shift, all is not lost.

You can start the shift by training the next generation of leaders on how to lead horizontally.

Horizontal leadership is really all about being able to build high-performing teams from a mix of people from various silos.

People come together in these teams in projects or initiatives. The people who lead these project teams are the first target for training.

But not project management

The project training that typically takes place is really a version of directive or vertical leadership training, and what the next generation of leaders really needs is not the old approach to project management; they need to learn how to lead project teams collaboratively.

This requires a whole new set of skills, and these skills can then be transferred into the vertical as they grow in their careers.

Training the next generation of leaders on how to lead collaboratively by first learning how to lead cross-functional projects will not immediately smash your silos, but it will begin to create cracks in their walls.

As more and more leaders are trained, the cracks will grow and eventually the silos will fall. Not only will the organization be more collaborative and the workforce more engaged, but it will also be more agile, as it’s easier to shift things around when there are no silos.

If they are ready, then great, get them some training that will move them along the road to shifting from a vertical orientation to a horizontal one.

If they aren’t, start at the bottom, train the next generation of leaders and begin the process of pulling down those silos and replacing them with high-performing teams.