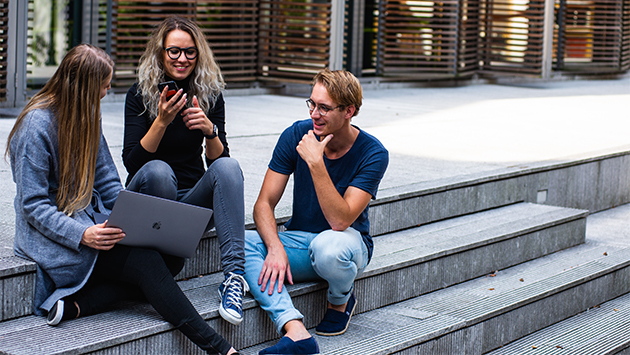 One of their constant complaints is they want more engagement. The nerve of them to want to make a contribution, to use the skills they paid so dearly for in the form of college loans. How dare they think they should have a say in how things are done. What do they know?

Well, they actually know quite a lot.

That’s good news for everyone, and if we can take the hint from millennials, we can create organizations that exhibit what we call a culture of success.

Think about what millennials do for fun.

One of the things they do is play games—not easy mind-numbing games, but challenging, strategic games, like Pandemic or Civilization VI.

I recently bought the game Robinson Crusoe, a cooperative board game which had, oh 100 parts, and the rulebook was 38 pages.

These are not easy games to play. They take time to learn the rules and develop a strategy for play. It takes hours of commitment to get even minimally competent at playing these games. All of that energy going into figuring out how to build a fire and gather food on a deserted island.

You could be channeling that energy into your teams if you just created a culture that reflected all the positive aspects of games.

What do people really enjoy out of games? The challenge of trying to win and the winning. If a game is designed so you very seldom win, then people won’t play very long—and that’s exactly how most organizational cultures are designed, so that mostly people fail.

You don’t think that’s your culture?

Well here are a few attributes of a culture of failure so you can decide for yourself:

Okay, I’m going to stop there. I could go on. But all of these things create a culture of failure, not of success. They set professionals and leaders up for failure.

Who wants to play a game where you fail all the time?

Well, millennials certainly don’t and they will go looking for organizations where they can become more masterful and actually win more than they lose.

We all know the answers to these questions, and yet we set up our organizations to do quite the opposite of what humans want from a work environment.

We all want to feel successful–not every single time we come up to bat, but more often than not. We want a challenge, but not such a big challenge that we feel overwhelmed. We want to feel like we’re making a difference.

These are all part of a culture of success and you can begin to create that culture by shifting some of those beliefs and behaviors you identified earlier.

How to Engage Everyone (Not just Millennials)

If you really want to be an organization that people want to work at (that means not only millennials because they are just voicing what everyone else has given up trying to say) then you need to start reshaping your culture. You can start by really identifying all the ways in which you set people up to fail and then punish them when they do. And then you can create a plan to start changing those things, one small change at a time.

We suggest you start where it’s the easiest to change–in the part of the work that happens mostly outside the hierarchy–and that is with projects.

Projects are by their nature cross-functional and the leaders of those projects have to get things done without using authority–because they don’t have any. (And that’s a good thing by the way–don’t start giving them authority by creating some stupid dual reporting system!)

Projects are how all things that are new or improved get done, so they are really the core of your innovation system. Want to be more innovative? Start by creating a culture of success within your projects.

Most project managers have been trained in a directive approach to leading projects, which leads to a culture of failure in projects. So, the first step is to retrain project leaders using a collaborative approach.

As they begin to learn the skills and tools and methods for true collaboration, the culture will begin to shift. But just note, this is not a short road.

Collaboration is difficult. It takes time to learn. It’s not just “let’s get everyone in a room together and collaborate.” That’s a disaster.

You need structure, process, tools, facilitation skills, relationship skills, a new accountability system, etc. But if you train your project leaders to be actual leaders instead of managers, you not only begin creating a culture of success–one that millennials and everyone else want to work in–but you also train future middle and upper level leaders (your project leaders) in how to lead without authority. Eventually all the leaders in the organization will need to learn and apply these skills if you truly want to have not only a culture of success, but one of innovation as well, because a culture of success is the platform upon which a culture of innovation is formed.