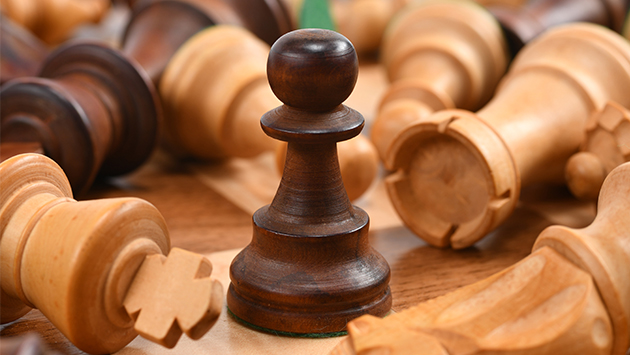 I’m sure you’ve heard the expression, “The customer is king!” It’s been around since about the 1990’s and the expression has become ubiquitous. But have you considered where this expression came from in the first place?

Because it’s creating tyranny in our projects and organizations.

The idea that the customer is king came in through a wave of new ideas that was Total Quality Management (TQM), and it represented a much needed shift of thinking: from ignoring customers to seeing them as the source of the business.

That shift was about external customers and getting the organization aligned around them so they could be served as effectively as possible.

There’s nothing wrong with that.

But then another TQM idea became popular and that was about seeing the organization as a network of internal customers and suppliers.

Also a good idea and one that we stress in all of our training.

The mistake was making the internal customer king.

What does this designation of royalty imply? When internal customers become “kings”, they take to wanting to be served, without question, without negotiation, without discussion of whether the request is reasonable or doable.

“I want this new system installed by the end of the year and I don’t care what it takes to do it.”

That’s tyranny and an abuse of power.

And this isn’t positional power, at least not in the power of the hierarchy. It’s power created because of the belief that the customer is king.

The intent of TQM was not to create more tyranny—in fact, quite the opposite. The intent was to create a more cross-functionally focused organization that was run through partnership relationships. The customer/supplier relationship is not one based on authority and it should not be treated as if it was. The customer has no authority over the supplier.

The relationship should be one of mutual respect and cooperation, but this isn’t often the case.

What happens when you treat the customer as king? Well, the customer gets demanding, unreasonable, king-like. They want what they want when they want it and this is the antithesis of a collaborative approach to running an organization. It contributes to a culture of failure and it disengages and demoralizes teams.

How Internal Customers Create a Culture of Failure

When you set up a team to fail, you create a culture of failure. (The opposite of that is a culture of success, where you set teams up to succeed.)

You set a team up to fail when you ask for things that don’t allow the team leader to negotiate and work within the triple constraint to come to a win/win solution that will satisfy both sides: the customer and the supplier.

The triple constraint represents the interdependency between the scope of what is being requested, the time it will take to get it done and the amount of money and other resources needed to complete the work.

All too often the customer acts as if this triple constraint doesn’t work. They insist they want more and they want it faster. The team goes back and does the planning only to confirm that it’s not possible to give the customer what he wants, but the king isn’t hearing any of it.

“Off with their heads!” He roars. (Well, not really, but instead he stamps his feet and insists he’s the customer and he wants what he wants, when he wants it.)

Usually, the project leader acquiesces, having no other choice and the project fails to deliver because it was never possible to deliver on the demands in the first place.

The project leader and the team knew that, but they had no choice.

What Kind of Culture Do You Want?

So, what kind of a culture are you creating when teams want to be productive, they want to succeed, and yet they know from the get-go that what they are committing to is impossible?

It’s not even one of those all too common “stretch” goals (which means it’s really not doable). It’s clearly impossible.

How motivated would you be if you were in that position?

You know no matter what you do you’re not going to be successful, so why try?

If you’re suffering from disengagement in the workplace, this is one of the reasons. People are disengaged in a culture of failure.

If you want more engagement and to actually accomplish project goals (and you know you do), you have to set your teams up to be successful, and that means the goals must be doable in the time allotted and with the resources assigned.

To do this, you have to shift the relationship of the supplier (the project team and the customer) to one of a partnership, which is an equal relationship that seeks win/win solutions.

That relationship can’t be at arm’s length either. The customer needs to be on the project team and engaged in the project. After all, they are the beneficiary of what is being produced and they need to be involved in making it happen.

Off with their heads!