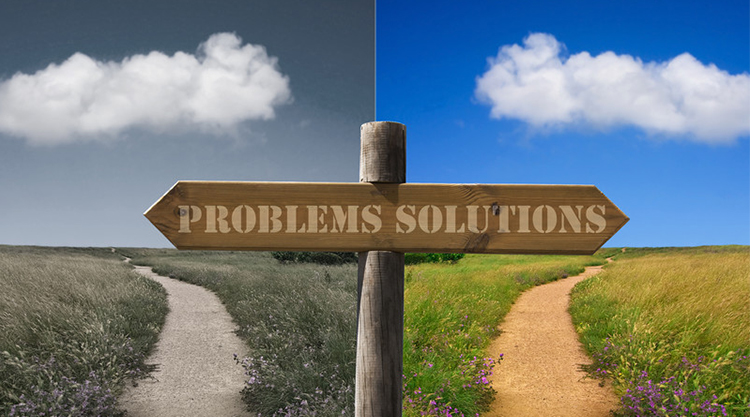 Your company wants to improve overall effectiveness. What company wouldn’t? Conventional wisdom—or, more precisely, methodology that hasn’t been updated in years—tells you that a restructure will deliver the results you need. Perhaps you’re already searching for the number of a consulting firm.

Stop! Before you go any further, ask yourself this: is a restructure right for you?

We know why you think restructuring is the answer. Companies believe it will help them to drive greater strategic growth, cut costs, and more. They think this because every book written on the subject tells them so. But these books were written decades ago—and in a modern, global marketplace, company restructures tend to do more harm than good.

Before spending millions of dollars on a restructure that may damage your company, take a moment to consider 5 crucial warning signs that a restructure isn’t right for you.

When revenue is down or the company simply isn’t competing as effectively as it wants to, you may feel like a restructure is the cure for what ails you. Trust us, we’ve talked to countless companies who felt that way and made that mistake—it isn’t the right way forward.

If your company isn’t performing as well as you know it can, a costly restructuring effort that generates confusion is not the way to proceed. The truth is, the tools for turning your company’s fortunes around are already within your grasp. You have a structure that can work if you operationalize its horizontal dimension and start thinking two-dimensionally.

Think of your underperforming business as a broken machine (it’s a painful metaphor, we know, but stick with us.) Moving its pieces around won’t make it work better—if anything, this will likely damage it even more. You’ve got to fix what’s already there, and then oil it so that it can perform at its very best.

2. A New Executive is Pushing for Restructure

Too often, restructuring an organization is the go-to method for new executives to assert themselves in their role. This may involve bringing in their own team or trying to implement a change initiative that centers on moving boxes on the org chart around.

It’s all too common an occurrence, but it often ends in disaster. For one thing, it’s a knee-jerk reaction. Without taking the consequences of a major restructure into account, executives are often ill-prepared to handle the fallout—leading to confusion, high costs, and low morale.

3. Your Employees Are Unhappy

It’s no secret that employee dissatisfaction harms a business—not only in terms of productivity but also reputation. Miserable employees lead to lower retention rates and more difficulty in hiring top talent. If the team you do have doesn’t want to be there, no one else will want to join

Guess what? Restructuring the company will only make this worse.

Your employees may be unhappy for a number of reasons—they may be overworked, feel their ideas aren’t taken onboard or feel caught between two masters when asked to help another department. Something needs to change.

Organizational restructuring alone does not fix these problems. In fact, more often than not it leads to widespread confusion and even deeper unhappiness. Employees find themselves lost in the new org chart structure, no longer sure who to report to, where to find resources, or what their priorities are. Their workload may become even more overburdened as the company struggles to adjust to its new structure. What’s more, just the faintest whisper of the word “restructure” may throw your employees into a panic, given its connotation of massive layoffs. Some may leave before you’ve even begun.

Don’t mention the “R” word. Choose a smarter approach—one that takes your employees’ happiness (and sanity) into account. Operationalizing your horizontal dimension empowers your employees to work collaboratively and prioritize effectively—lowering workloads across the board, easing stress, and driving the business’s goals.

You might not think you’ve got functional silos—but if your company isn’t delivering growth, chances are you do. When a function is operating as though it is disconnected from the organization as a whole, work cannot flow smoothly between departments. This creates a struggle to get anything done and leads to interdepartmental competition and hoarding of resources.

Restructuring will not eliminate your silos. Instead, you must enable your departments to operate cross-functionally, and this can only happen by operationalizing your horizontal dimension.

Forgive us for saying so, but if you’ve already restructured once and found it didn’t fix what was broken, you’re mad for trying it again. We understand why you want to—the books say that restructuring is the only way, and you hold out hope that this time it will work. But the definition of insanity is trying the same thing twice and thinking you’ll get a different result.

Face it. Restructuring just isn’t right for you.

Try a better approach. Instead of vainly moving boxes around on the org chart, tackle the problem at its source. Your company is not utilizing its horizontal dimension—and we can help you fix that. To arrange a free assessment or consultation, get in touch with us today.