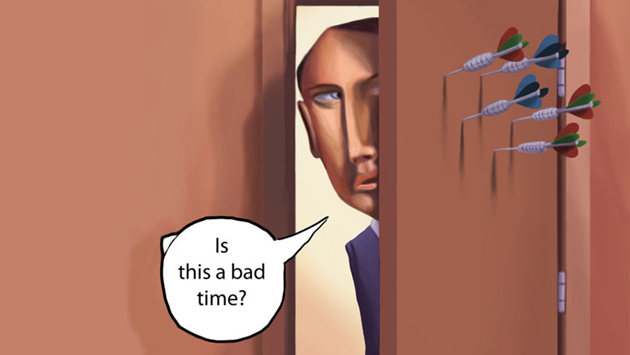 Everyone knows at least one toxic leader—one who poisons not only their own pond but every person and team they interact with.

But what effect are they really having?

Why do they get hired and why are they still around?

And what can you do about them?

Let’s perform some amateur psychological analysis on these types. They fall into 5 main categories:

These five types abound in organizations that are hierarchically driven. (You don’t find a lot of the greedy ones in nonprofits or government, but you do find a lot of power-hungry leaders and control freaks.)

These people spend a good deal of time playing politics – trying to make it to the top of the heap – to compete and win.

But organizations are not competitive sports (or at least, they shouldn’t be). They need to be collaborative sports where people have to work together.

One bad leader can drive out tens or hundreds of really competent people–people who are there to make a contribution, who are willing to work with others, to compromise, to share information, to help each other out.

They get hired because we worship heroes and stars.

The criteria for hiring is still about what the individual can do, not about how well they can work with others, not about if they can coach and mentor and facilitate so others can be successful.

It’s not about their ability to build a high performing team. And they don’t get fired because there is a fear that they are a hero and without them, the organization will suffer.

Well, it’s suffering more with them there!

What to do about them? Fire them. That’s what you do.

Get rid of them and then build a leadership team that’s in it for the right reasons – that can work together, that isn’t focused on politics and power.

We get asked to train people on how to work with these nightmare leaders.

You can only head for cover, keep your head down, and pray to get transferred or you leave.

You can’t fix everyone around them because they aren’t the problem. The toxic leader is the cause and you have to deal with the cause.

We started an across the board training program at a large governmental agency where participants were really positive about and felt it was making a big difference in how they worked.

Then a toxic leader got involved and shut the whole thing down.

What were we teaching?

Nope. Miss Toxicity wasn’t having any of that. Program over.

They not only wasted a lot of money and time, but people were even more discouraged than they had been before, because the training gave them a little hope that things might change, just a little, and then BAM! – hope was gone.

Don’t even start training unless the toxic leader is on board and 95% of the time they are not going to be if you’re trying to teach anything that might challenge some of the power they have.

We get nowhere working with senior leadership teams where there are toxic leaders. It’s a waste of time. So really, the only real option is to clean house.