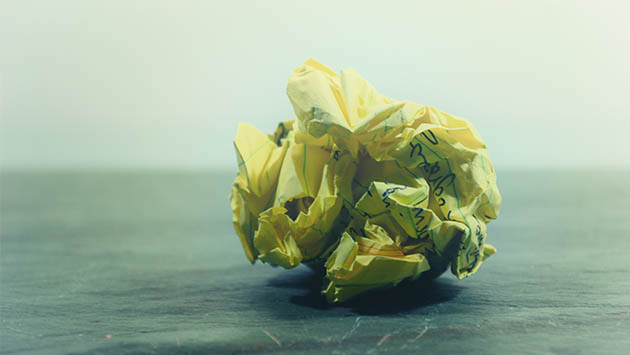 RACI charts are not only outdated technology, they actually reinforce the wrong kinds of organizational behavior. If you want agility, engagement, and even innovation, stop using RACI charts, now!

So, I suppose you want to know why. Great, let’s explore.

RACI charts are based on two assumptions, both of which are flawed premises:

When organizations restructure, they focus solely on individuals and where they are going to move them on the org chart. They focus also on individual functions and how they will be configured.

And since decision-making is based on individuals, after a restructure, new RACI charts must be drawn up because otherwise people are confused about how decisions are going to be made.

For example, a large educational firm did a large organization-wide restructure, centralizing large functions that had previously been decentralized.

That created massive confusion in the leadership team, not only about who they were supposed to work with now, but also about who was now supposed to make what decision.

So, they raced to draw up new RACI charts.

Note: We didn’t get hired in time in the aftermath of the restructure to stop them from doing this in the first place, but we did work with them to create new structures and accountability charts that would serve them much better. But enough about them, let’s examine why RACI charts are an old, obsolete technology.

RACI charts document who’s Responsible (R), who’s Accountable (A), who must be Consulted (C), and who must be Informed (I) for each and every interim deliverable.

A generic example of a RACI Chart:

As you can see, only one person is ultimately accountable for each task. They may need to consult other stakeholders and get their inputs, then the accountable person makes any decisions related to that task and keeps the designated people informed about those decisions and the responsible person does the task itself.

The problems with RACI are three-fold:

1. It Is Based on the Concept That Individuals Make Decisions, Not Teams

This was a perfectly reasonable approach when organizations were less complex, back in the 1950’s, but it makes no sense in highly interdependent organizations.

And instead of that process being directive, as it is with RACI – where inputs are collected and then a decision is made, and that decision is then communicated (informing the “I” people) to the stakeholder – the decision-making process needs to be collaborative where the key stakeholders make the decision together.

That does several things.

Secondly, participation in the decision-making process creates understanding of how the decision was arrived at and the compromises that may have had to be made to get to the final decision.

Thirdly, participation creates ownership, buy-in, and engagement. Directive decisions are often not implemented, particularly if those decisions affect other functions (ones not under the “span of control” of the decision maker).

If you look at the left column of most RACI charts you will see a list of tasks or activities. Project teams need to focus on deliverables, not activities or tasks.

Deliverables are what count – they are what is handed off to the next person in the process. They are what the internal customer can set quality criteria for. They are what actually moves the project forward. If you’re going to use RACI charts, at least focus them on deliverables and forget the activities. That’s the purview of the individual.

3. RACI is Based on Individual Accountability Only

One person (and that person must be a leader) is accountable. The definition of “accountable” varies from one organization to another but it’s usually something like “whose throat to choke if something goes wrong.” (yes, that’s an actual quote from one of our trainees!)

So to be agile, to foster engagement, you need a new approach to accountability – one that is team-based and that aligns everyone around organizational goals. It’s the team that is the most important unit of the organization.

Of course, teams are made up of individuals and that is ultimately how the work gets done, but if the team isn’t successful, it doesn’t matter if some of the individuals on the team are, the whole team still fails in its mission.

That’s why our methodology is based on three types of accountability: organizational, team and individual.

Most decisions, particularly the important ones, are made by teams – governance teams, process teams, project teams, etc. They use a structured, collaborative decision-making approach that makes the decision-making effective as well as efficient. Everyone in the organization uses the same model so you can move from one team to another and know exactly the steps involved to arrive at the best possible decision.

The participatory process creates understanding, engagement, and buy-in by the members of the team. The team is focused on how it’s going to produce outputs and leaves the individual activities to the purview of the individual.

Accountability is not based on blame but is proactive. It’s about ensuring the outputs are produced, not on figuring out who to blame when they are not.

This type of accountability is pivotal to creating a culture of success. Isn’t that what you want? To create the opportunity for the organization, the team and the individual to all be successful?

If so, flush those RACI charts down the toilet and start instead to look at creating the capability for teams to make effective decisions.

3 thoughts on “Flush Your RACI Charts Down the Toilet”