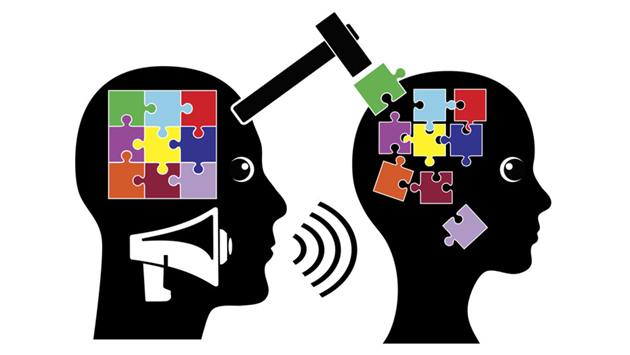 That was a great day!

You came home from work with a smile on your face.

You didn’t have to think about anything, because your boss did all the thinking for you.

All you had to do was show up and go through the motions.

And, it’s such a relief that you won’t get blamed for anything because you didn’t make any of the decisions.

If this is your ideal scenario, I doubt this post is going to be much help to you because for most of us, the truth is the exact opposite.

You’re in a highly controlling relationship, and that causes stress.

The boss is trying to control everything you do. He tells you how to do things in detail and then checks up on you constantly, corrects you, has you do things over to fit his idea of how it should be done, criticizes, and even berates you for not reading his mind better.

It’s the stuff of a nightmare personal relationship—one that you would most likely exit.

But what do you do if this person is your boss?

Fear is a Motivator, but Also a Collaboration Killer

This kind of controlling behavior is actually quite pathological. Your boss is driven by a fear that things won’t be perfect (at least according to her standard of what perfect is, and everyone has a different version).

She’s trying to be safe so as not to be called out for being imperfect, and she’s using you to help keep herself safe.

In this type of relationship, you are thrust into the role of the controlled – the person who abandons their own will, their own choices about how to do things and goes along with what the controller wants.

The controller wants someone she can control and the controlled obliges by allowing himself to be controlled.

So, what options do you have?

Option 1: Choose Your State of Being

First, realize that there are other states besides controller and controlled—what we call empowered adult.

You are not a child and your boss is not your parent. This is supposed to be a relationship between two adults. Your boss may not be acting like one but that doesn’t mean you can’t.

Empowered adults recognize that they have choices in any situation:

When you approach a situation as an empowered adult, you don’t just react on automatic pilot. You step back and evaluate what’s best for you and for the relationship before you take action.

You also look at how you might adjust your thoughts, your beliefs and your attitudes so you can be happier and more fulfilled.

You can always choose to talk to the micromanager about his behavior, its effect on you, and your ability to do your best work.

He or she may not realize that what they’re doing is micromanaging, and if their need to control is not too deep, they may be willing to work on it.

The problem with this approach is that the hierarchy is set up with positional power with each level asserting control over the layer under it.

That means that the boss has more power than you, and in a way, micromanagement has been built into the system to manage how work gets done, which is why I give this a 10 percent success rate.

There are leaders out there who generally care about becoming more exceptional.

Maybe you can reframe your boss as your mentor who is teaching you his way?

What can you learn from that?

How can you engage with him as your mentor?

Of course, this is not a long-term strategy because everyone outgrows their mentor, but rather than resisting being taught, maybe there is an opportunity there.

Learn what you can and also speak to your peers (the other people who report to your boss.)

What is their experience?

There is power in numbers – never forget that.

You might not be able to confront him on your own, but if his whole team takes action to make changes – first by having conversations with him about his behavior and if that doesn’t work, by going around him to whoever might have some say over how he behaves.

You always have the choice to find another position within the same company, choosing more carefully that you don’t get another micromanager or leaving the company altogether and finding a less hierarchical place to work.

That’s what empowered adults do – they make choices that make their lives better.

There is no right answer, but when dealing with a micromanager, sometimes the lessons you learn become apparent later—such as learning how not to treat people when they report to you down the road.