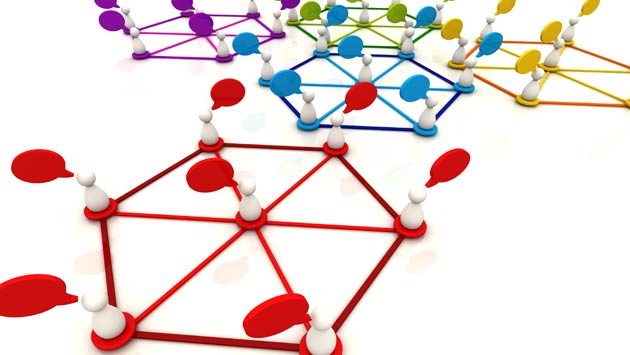 The Story of an Organizational Quandary

Arnold Mayer has just been promoted to lead the Financial Technology department which is responsible for developing and maintaining the applications that are used in accounting and finance. He had 25 years programming experience within the broader technology group and had always gotten his people to do what he needed.

The department Arnold inherited had been struggling. The goals and objectives of the prior year had not been met. Employees were confused about which projects to work on first. Some teams were working long hours into the nights, while other teams were sitting idle. Clients were frustrated because they were not receiving the support they needed.

He grew up in the school of management that believes managers must have control over the people that work for them and that authority is required to get things done. When Arnold arrived in Financial Technology, he decided his managers needed more authority in order to make the cross-functional business model work, so he reorganized the department so that employees within each of the teams reported to the two managers that needed to get work from them. The result:  Project managers reported to the PM Head and either the Application Development (AD) Manager or Programming Manager. Programmers reported to the Programming and Client Service (CS) Manager. CS representatives reported to the CS Manager and the Client.

Arnold created a new organizational chart and informed his employees that they now reported to two managers. Assuming this would solve the departmental problems, he sent the teams off to do their work.

Mark Jones also received a promotion about the same time as Arnold Mayer. Mark was assigned to head up the Human Resources Technology department which had been suffering from exactly the same issues as Arnold’s department. Mark also had 25 years of experience though none of it was in technology. Mark’s first action was to bring together his management team to get their thoughts on why things were not working. “Can anyone tell me who our customers are and how our organization is structured to support them?” he asked the team.  John Blake responded, “We don’t have enough authority to get the job done. As you can see from the organizational chart, I am in charge of application development; under me, I have two team leaders, four programmers, and an assistant. Now…”

Before John could continue, Mark interrupted. “John, I can see from the organizational chart who reports to whom and I hear your concern about authority, but I’d like to get a better understanding about how the work actually gets done.”

He continued. “Let’s start with the organization as a whole. This organizational chart represents our boss/subordinate relationships, but are there any charts that represent the customer/supplier relationships?” The group looked at her and shook their heads no. “Ok, next question. Do we have a map of all our business processes?’ No one nods and they all have a look of confusion on their faces.

“Alright, one final question. Do we have a strategic plan for our department? And, do you know what our goals and objectives are for this year?” This time everyone in the group smiled and Lisa Banks, head of the Client Services group responded, “Actually, I work with our clients to get a list of projects from them for the year. Then, I let the programmers and application developers know what will be coming down the pipe. Each team develops their goals and objectives from the list to make sure that all the clients’ needs are met.”

Mark sat back and contemplated the group’s responses. It was obvious that the group had the desire to satisfy the customer but it was clear, based on their responses that their ability to do so was being sub-optimized because of the way they were organized. Over the next few weeks, he spent time with the leadership team and drew the horizontal relationship charts that represented how they interact with their customers and suppliers. He had them identify goals and objectives for the entire department versus just their individual groups and made the entire team accountable for achieving those goals. He also made sure each person understood that even if they met their own department’s goals and objectives if as a team they failed to meet the departmental goals, then they have failed as well.

Then he created a business process and project management steering council, on which the managers and client leaders sat. He asked each council to create team goals and objectives. Only then did she expect the teams to be able to successfully fulfill the strategic plan.

Who’s Thriving and Who Isn’t?

At the end of that first year, both managers met with the CEO to review their progress. Arnold’s department was still struggling. Two managers had resigned and the teams were working long hours. The leaders of the client divisions continually complained about late deliverables. Although employees knew who they ‘worked’ for and who gave them a performance review, they did not know which project was a priority. In the end, half the goals and objectives for the year had not been met.

Mark’s department, on the other hand, was thriving. His management team understood what it was to have shared goals and met often to review their progress. The clients of the department sat on the steering councils and often worked with the technology group to make sure that all the goals and objectives were being met. Since both departments were focused on achieving the organizational goals of Human Resources they found a way to work together, negotiate, reallocate resources and set priorities that optimized the entire business. Employees now knew who they ‘worked’ for, knew who their customers were (internal to the department or external) and were informed of the priorities for each of their assignments. By the end of the year, over 95% of the goals and objectives for the year had been met.

The CEO did not understand what had happened. Both managers had similar organizations. Budgets were comparable and neither had more or less resources than the other. So how could one group be so much more successful than the other? Both managers understood the cross-functional nature of their businesses. Both managers knew they had multiple clients to support. But, only one manager knew that using the New Matrix Management would help achieve the department’s goals and objectives. The CEO decided he needed to find out what this Matrix Management 2.0™ was all about.

The Old vs. the New Matrix Management

Matrix management is not a new concept. Since the 1970’s organizations have known that there was a need to find new ways of handling the cross-functional or horizontal needs in a vertically aligned organization. They assumed that in order to get work done you needed authority and control and so the dual-reporting structure was created that assigned one person to two bosses who could exercise authority over him. This was the wrong solution to a real problem and as a result, the old matrix management fell into disfavor in the 1980’s. The old matrix management maintained the central idea that authority was needed to get things done and continued to focus on the vertical dimension – the dimension of reporting relationships.

What we have learned in the twenty years or so since the demise of the old matrix model is that to be successful we need to manage in multiple dimensions: horizontally where we align and optimize business processes and projects that serve the customer, and vertically, where we manage the resources that are then deployed to the horizontal arena. We also learned that you do not need authority in order to get work done, but you do need alignment. These are two of the key principles of the new matrix management.

In order to be successful, Matrix Management 2.0™ requires the implementation of the elements of matrix management: