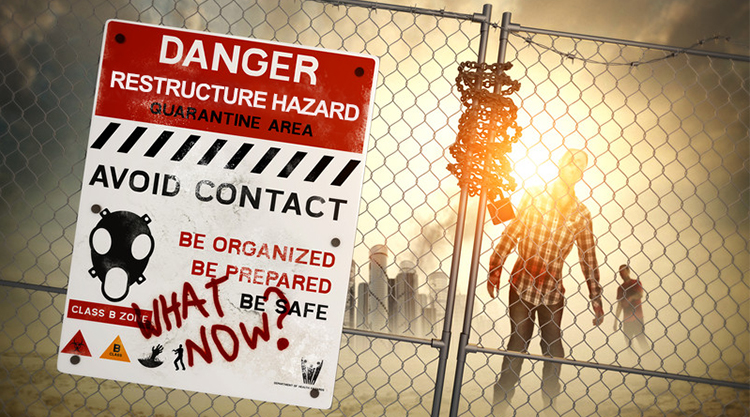 Living through a restructure is a common enough occurrence these days but being common doesn’t reflect how unsettling and disrupting the change can be.

People are at sea.

One of the best things you can do to quiet the storms is get people in training that will teach them the skills they will need to operate differently.

Consider the following very common scenario. A publishing company had recently restructured. Their new business model shows circles of collaboration among various sectors of the business. People are now expected to work cross-functionally. They are expected to work closely together and collaborate to find the best possible products and solutions for the company’s future.But this is the company where leaders are used to working with departmental teams where they have the authority to tell them what to do. They don’t know how to effectively work together with peers from other departments. They don’t know how to be accountable for something over which they have no direct control or authority.

They don’t know what it means to truly collaborate. They think it means collecting inputs from members of the team and then going off and making a decision, after which they relay the decision to the team and tell everyone what their part of the implementation plan is.

And finally, they don’t know how to have true partnership relationships that aren’t based on having authority over another.

Let’s face it, you didn’t restructure so that everything would run the same way it did before. You are looking for change, and these top five areas are the most important.

True collaboration is not collecting inputs so that a leader can make a decision. It means that the team works together to create a plan, make a decision, or solve a problem. The team leader needs to be able to lead that team through a structured, collaborative process and to facilitate that process.

You can’t just tell people who have never truly collaborated, “Now we want you to work cross-functionally.” They have relied on authority in the past to get things done. Now they need new skills and they need collaborative tools.

What are collaborative tools?

One example is a structured process that a team can use to make decisions. It involves a scoping phase, a brainstorming phase, an analysis phase and then the final decision. The process produces the best possible decision and consensus around that decision.

At the very least, cross-functional teams need collaborative tools for making decisions, solving problems and planning. Planning tools include scoping, risk assessment, work breakdown, and scheduling. Leaders and team members trained to use these tools can begin to work together without having authority.

But that’s not all they need.

It’s no longer about titles or positions, but about leading a team of stakeholders and helping them perform well.

It’s about how you see yourself as a leader and how you interact with others.

The first step to being able to lead without authority is to understand what your stance needs to be as a leader. You also have to learn new ways of influencing and negotiating. And, you have to know how to build partnership relationships and high-performing teams.

Let’s look at those two areas next.

Relationship management and stakeholder engagement are important skills many people in modern organizations lack. In the old system, people competed with one another: Marketing competed with Sales and vice versa.

However, as people need to learn to lead without authority, it becomes more and more apparent how internal competition is detrimental to the overall success of an organization (not to mention, demoralizing to individuals and teams).

In a cross-functional world, leaders and professionals need to form win-win, partnership-based relationships. They need to be able to negotiate, to influence with integrity and respect, and to have a long-term perspective on each relationship.

Just like with leading without authority, when we form partnerships, we don’t think about hierarchy that much.

Someone’s position or status may play a role, but ultimately, there’s a need to understand and manage every single relationship. Tools, such as relationship mapping, can be helpful in determining the importance of each relationship to a particular project or process. Additionally, looking at relationships outside the organizational hierarchy uncovers crucial relationships with peers, customers, and other stakeholders that are not depicted on the org chart.

Another important aspect of relationship-building is building and maintaining strong, high-performing teams. In the past, organizations focused on the concept of a leader as a star, a hero, capable of solving problems single-handedly.

As organizations mature and embrace the modern business environment, high-productivity teams become more important than individual “heroes.” The goal for OD and training professionals is to make the whole team as productive as possible and a bunch of stars competing with one another isn’t going to make that happen.

Leaders need to learn to create such teams.

It’s the team leader’s accountability to ensure the team is high-performing. One way to do that is to train leaders on how to build high-performing teams – not based on having authority over them, but on collaborative team-building skills.

It’s also important that leaders learn a new approach to accountability – another driver of how well cross-functional cooperation works or doesn’t work.

The old approach to accountability was focused on the individual and on punishment.

Once we take authority out of the equation, at least as it relates to cross-functional cooperation, then we need a new approach to accountability.

That approach is called matrixed accountability.

This is called team accountability.

Each individual also has his own accountability for his own goals or deliverables. This ensures that individual outcomes are achieved but that everyone is also making sure that the team is successful.

In order to make this new accountability work, leaders and team members need to understand how it works. They need to learn how to create a team accountability chart, which is different from a RACI chart since the latter is based on the old system of accountability.

The new system is simpler and far more effective.

In the aftermath of a restructure, you have an opportunity to introduce new concepts and skills and tools into the organization that will help leaders and team members navigate the new environment. Getting them into training quickly will help them deal with the change and feel better prepared for the new world they are expected to operate within. Training can help with the uncertainty people feel and it can empower them to function effectively.

And even if you’re not restructuring, all of the skills we just talked about are needed in any organization that needs more cross-functional cooperation.

Don’t just tell people to work together cross-functionally or collaboratively, teach them how.