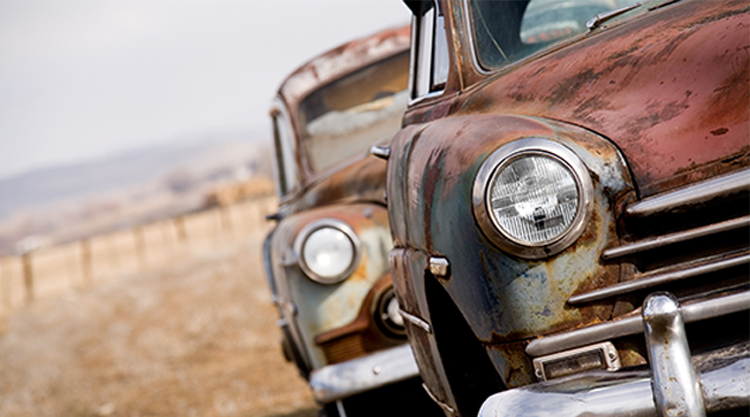 In 2004, the Joint Special Operations Task Force—a collection of the best special operations units in the world—found itself consistently outmaneuvered by Al Qaeda in Iraq (AQI). Despite a 40-year track record of amazing achievements, superior training and funding, the Task Force could not compete against a scattered, local insurgency.

While the advantages of small teams have been well documented, large organizations have the resources and capabilities to tackle massive challenges that would overwhelm a startup. Marshaling those resources and overcoming the inherent inefficiency that hamstrings most companies over a certain size, however, requires a completely new mindset.

General Stanley McChrystal addresses this organizational evolution in Team of Teams: New Rules of Engagement for a Complex World. He recounts how the U.S. military had to shed its command-and-control structure to take on a 21st-century enemy.

Private-sector organizations need to do the same.

New Rules in a New Environment

After a year of losing to an unconventional enemy, McChrystal and his colleagues began to study, and to understand, their opponent. Whiteboard diagrams—a staple in military and corporate boardrooms—revealed a chaotic tangle of networks “in place of the straight lines and right angles of a military command.” Moreover, Al Qaeda’s actions on the battlefield correlated more closely to these loose connections than to any familiar, organized hierarchy.

The Task Force represented a world-class, 20th-century organization, one that had mastered the efficiency principles of Frederick Winslow Taylor. An established hierarchy, adherence to strict standards, and ample resources had effectively overcome myriad threats in the 1900s. But as a product of the 21st century, Al Qaeda had the upper hand.

First, members of Al Qaeda did not follow a standard modus operandi. Working in the traditional region of Fallujah, operatives donned tribal robes, sponsored festivals to celebrate Islamic culture, and infiltrated ruling councils. In the city of Baghdad, agents wore street clothes and drove vehicle-borne explosives through traffic. Secondly, the organization did not rely upon a traditional hierarchy. Despite the loss of multiple ranking leaders, Al Qaeda continued to operate, unfazed, instead of devolving into anarchy.

Interestingly, the organization’s unusual, yet undeniably effective, structure appeared to have evolved through adaptation instead of deliberate design. As digital natives, Al Qaeda’s operatives used technology to recruit, unite and mobilize those who supported their cause.

As Gen. McChrystal writes, “It was more than just chat rooms and YouTubes: AQI’s very structure—networked and nonhierarchical—embodied this new world. In some ways, we had more in common with the plight of a Fortune 500 company trying to fight off a swarm of start-ups than we did with the Allied command battling Nazi Germany in World War II.”

The Task Force studied their failures, their whiteboards and their surrounding environment, trying to understand why their superior resources proved ineffective against Al Qaeda. Finally, they realized their limiting factor, or limfac, the one element that stymied their success: their approach to management.

The command-and-control structure, in which each manager oversees the completion of discrete tasks, no longer works in today’s complex world. Common to militaries and most industries, this operating system revolves around the pursuit of efficiency, extracting the greatest result from a minimal investment of time, energy or money. Such reductionist planning relies upon highly efficient execution of specific, repeatable processes on a large scale. Recent advances in technology, however, have made the 21st century faster, more connected and less predictable.

Trying to overcome modern challenges—from a dispersed terrorist organization to a Silicon Valley startup—with an outdated operating system only leads to continued failure. And yet, countless private and public organizations attempt to do exactly that when they restructure (usually at the suggestion of a big consulting firm) to solve their problems.

Cultural Shift: Beyond the Boxes

In Team of Teams, Gen. McChrystal describes how the Task Force had to do more than adopt new tools and tactics; they had to embrace an entirely new mindset. “Almost everything we did ran against the grain of military tradition and general organizational practice,” he writes. “We abandoned many of the precepts that had helped establish our efficacy in the twentieth century, because the twenty-first century is a different game with different rules.”

Cathy Cassidy, managing director of the Matrix Management Institute, encounters these same challenges on a daily basis in the private sector. Business leaders turn to management experts and consultants, many of whom gained their experience in the late decades of the 20th century. By this time, the limitations of the efficiency-first hierarchy had already emerged, as demonstrated by the failure of Matrix Management 1.0, which embraced dual reporting.

And yet, most of the management literature continues to focus on traditional organizational design, as represented on a classic org chart.

“Organizations in the 70s and 80s were different,” says Cassidy. “They weren’t as global. They weren’t as complex. It only makes sense that, if you’re trying to use a solution that was meant for 40 years ago, you’re not using the most up-to-date methodology and approach.”

Just as the Task Force in Iraq needed to evolve to match the adaptability of Al Qaeda, organizations in the private sector also need to look beyond the traditional hierarchy to address modern challenges.

One company turned to Cassidy for assistance after spending millions of dollars on an eighteen-month effort to restructure their organization. She met with a leader, who ran a complete line of business. He was concerned because he had to meet his division’s sales goals, but sales no longer reported to him.

“We talked about the work, from start to finish,” she says. “I asked, ‘How do you serve your customer?’ It was an interesting conversation because we focused on the work stream and not the reporting boxes.

“At first, he kept going back to the boxes, and I said, ‘Let’s not worry about the boxes. Let’s worry about how things happen.’ When we were done, a light bulb went off. He said, ‘Oh, this isn’t about where people report. It’s about getting the job done across the system.’”

Thanks to disruptive organizations like Amazon and Google, as well as a growing library of books like Team of Teams, the business community is finally starting to recognize the importance of adaptation. The most successful players have a proven track record of innovation, driven by active feedback loops.

Gen. McChrystal describes the process that drove the Task Force’s operations in Iraq as F3EA: Find the target; Fix the target’s position; Finish the target and remove the threat; Exploit the target for available intelligence; and Analyze acquired intelligence. Repeating this cycle allows teams to fine-tune their operations by adapting to the current situation. Industry innovators use a similar process to test new concepts, killing those that don’t work and adopting those that do.

Innovation: The New Competitive Equation, a 2015 study of more than 200 global executives published by the Business Performance Innovation (BPI) Network, found that 79% of respondents rated their companies’ commitment to innovation as “very high” or “growing.” At the same time, surveyed executives also identified several institutional barriers to innovation, including fear of failure (42%), organizational silos and roadblocks (37%), and organizational structure and resistance to change (30%).

In short, outdated operating systems are preventing organizations from evolving.

Organizational transformation does not happen overnight. In Team of Teams, two years passed from the time the Task Force identified its limfac until its evolution into a network became second nature. While the following recommendations are not quick fixes, they offer a starting point to prevailing in today’s market.

Like the Task Force of 2004, many companies are using 20th-century systems to operate in the 21st century. Only by adopting a modern mindset can organizations survive and thrive.