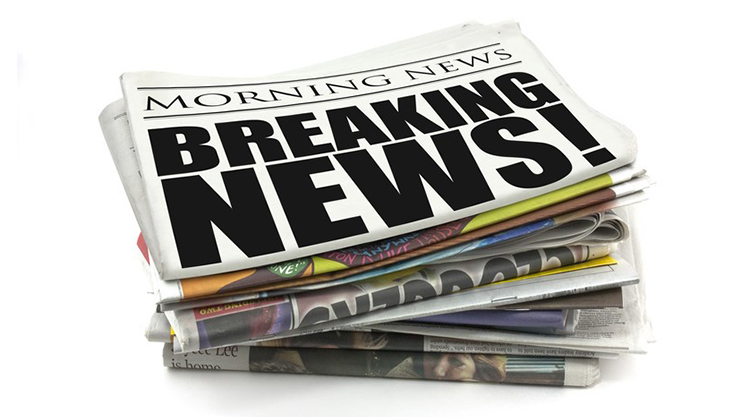 Sandy Trume, the Director of Organizational Development at ABC Inc. was taken away in a straight jacket from corporate headquarters in Tulane on Wednesday. Witnesses said she was drooling and babbling incoherently.

An investigator, Jim McCane, was sent in to determine the cause of the breakdown and in his report, he concluded that the final corporate restructure was the proverbial straw that broke her down. “I think,” he said, “that the stress of constant restructuring and the human toll it takes on everyone involved finally got to her.”

Observers at her final meltdown said she was sitting at a table in the corporate cafeteria, enjoying a plate of pasta, when she seemed to become more and more agitated, waving her fork in the air with linguini still attached, and mumbling to herself. Then she stood up and started gesticulating wildly, and before she hit the ground, was heard to mumble, “This has to stop! It’s the horizontal! The horizontal! The horizontal!” An ambulance was called and she was taken to St. Luke’s Hospital in Bainbridge.

The investigative report indicates that Sandy had been pleading with her business leaders for years to consider a different approach to generating alignment, that the current approach to restructuring the vertical was insane.

Jim outlined in his report that when Sandy was talking about the horizontal dimension, she meant the stream of interconnected business processes that crossed the organization and that ultimately produced and services for customers. Her contention was that moving boxes around in the vertical dimension, the one depicted on the organizational chart, was counterproductive.

The genesis of this view was based on some training she had received in an OD Boot Camp about how to restructure and operationalize that new structure effectively. After she came back from the Camp, “she was a changed person,” according to her colleagues and seemed to go downhill from there.

When asked about Sandy’s proposed new approach to restructuring, one of the business leaders who preferred to remain anonymous stated, “Moving the boxes around is the proven approach to creating strategic alignment. Everyone knows that. I went to business school for crying out loud. To think there is a better way is crazy! Sandy was crazy, and now we have the evidence for that fact.”

A senior partner at the consulting firm that has overseen the last five restructures was also interviewed and also asked to remain anonymous. “This makes us a LOT of money. Of course, we’re going to keep selling it. We’re not crazy,” and he chuckled, that deep sinister chuckle of someone who worships money.

It seems that ABC has restructured five times in the last 10 years and each time Sandy had argued against it. She was heard to say, “But this is almost the same structure we had two restructures ago that you contended then didn’t work. This is insane!”

The response she got was, “This time will be different.”

Jim investigated why the company didn’t take Sandy’s advice. There were a variety of reasons, one of which came from Doug, a senior exec who did not want to go on record. “Look, this is how I consolidate power when I take over a new area. I use it to expand my span of control and get my own people in the top jobs. That way I can do things the way I want to. That Sandy chick was trying to eliminate my power play. She wasn’t going to win that game. She had to go down.”

Not all execs were so sinister. Most of them just didn’t understand her approach or were too frightened to buck the expert consultants that they had paid millions of dollars to. One exec, Karen, said, “After the first three restructures, I started listening to Sandy and she made a lot of sense, but no one wanted to believe we didn’t know what we were doing so they scapegoated her. She didn’t have a fighting chance.”

There were also claims of attempts to reprogram her thinking. She was taken to a conference room in the basement once a month and forced to watch hours and hours of training videos made in the 1970s on how to restructure the vertical dimension, put on by one of the premier business school professors. Apparently, she resisted by humming to herself and keeping her eyes closed.

According to Jim McCane, this is not an isolated case. OD professionals are dropping like flies. Apparently, once they’ve been exposed to a better way, it makes them crazy to keep doing the same, ineffective restructuring of the vertical over and over again.

Sadly, Sandy is just the latest victim but not the last.